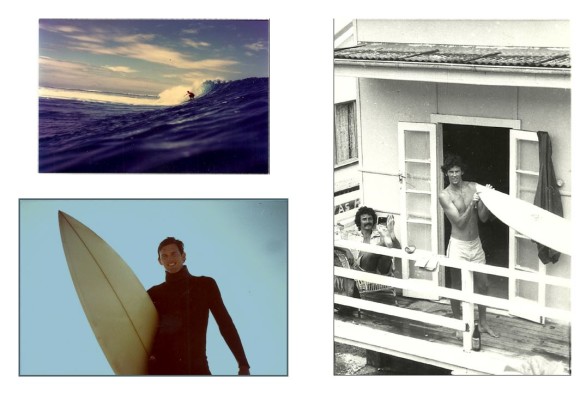 “Terrific…Elegantly written and structured, it’s a riveting adventure story, an intellectual autobiography, and a restless, searching meditation on love, friendship and family…A writer of rare subtlety and observational gifts, Finnegan explores every aspect of the sport — its mechanics and intoxicating thrills, its culture and arcane tribal codes — in a way that should resonate with surfers and non-surfers alike. His descriptions of some of the world’s most powerful and unforgiving waves are hauntingly beautiful…Finnegan displays an honesty that is evident throughout the book, parts of which have a searing, unvarnished intensity that reminded me of ‘Stop Time,’ the classic coming-of-age memoir by Frank Conroy.”
—Washington Post

“The kind of book that makes you squirm in your seat on the subway, gaze out the window at work, and Google Map the quickest route to the beach. In other words, it is, like Jon Krakauer’s Into the Wild, a semi-dangerous book, one that persuades young men…to trade in their office jobs in order to roam the world, to feel the ocean’s power, and chase the waves.”
—The Paris Review Daily

“Fans of [Finnegan’s] writing have been waiting eagerly for his surfing memoir…Well, Barbarian Days is here. And it’s even better than one could have imagined…This is Finnegan’s gift. He’s observant and expressive but shows careful restraint in his zeal. He says only what needs to be said, enough to create a vivid picture for the reader while masterfully giving that picture a kind of movement.”
—Honolulu Star-Advertiser

“That surfing life is [Finnegan’s], and it’s a remarkably adventurous one sure to induce wanderlust in anyone who follows along, surfer or not…Lyrical but not overbaked, exciting but always self-effacing. It captures the moments of joy and terror Finnegan’s lifelong passion has brought him, as well as his occasional ambivalence about the tenacious hold it has on him. It’s easily the best book ever written about surfing. It’s not even close.”
—Florida Times-Union

“An engrossing read, part treatise on wave physics, part thrill ride, part cultural study, with a soupçon of near-death events. Even for those who’ve never paddled out, Finnegan’s imagery is as vividly rendered as a film, his explanation of wave mastery a triumph of language. For surfers, the book is The Endless Summer writ smarter and larger, touching down at every iconic break.”
—Los Angeles Magazine

“Vivid and propulsive…Finnegan…has seen things from the tops of ocean peaks that would disturb most surfers’ dreams for weeks. (I happily include myself among that number.)…A lyrical and enormously rewarding read…Finnegan’s enchantment takes us to some luminous and unsettling places — on both the edge of the ocean, and the frontiers of the surfing life.”
—San Diego Union-Tribune

“Barbarian Days gleams with precise, often lyrical recollections of the most memorable waves [Finnegan has] encountered…He carefully mines his surfing exploits for broader, hard-won insights on his childhood, his most intense friendships and romances, his political education, his career. He’s always attuned to his surroundings, and his reflections are often tinged with self-effacing wit.”
—Chicago Reader

“Extraordinary…[ Barbarian Days] is in many ways, and for the first time, a surfer in full. And it is cause for throwing your wet-suit hoods in the air…If the book has a flaw, it lies in the envy helplessly induced in the armchair surf-­traveler by so many lusty affairs with waves that are the supermodels of the surf world. Still, Finnegan considerately shows himself paying the price of admission in a few near drownings, and these are among the most electrifying moments in the book…There are too many breathtaking, original things in Barbarian Days to do more than mention here—observations about surfing that have simply never been made before, or certainly never so well.”
—The New York Times Book Review

“Without a doubt, the finest surf book I’ve ever read… All this technical mastery and precise description goes hand in hand with an unabashed, infectious earnestness. Finnegan has certainly written a surfing book for surfers, but on a more fundamental level, ‘Barbarian Days’ offers a cleareyed vision of American boyhood. Like Jon Krakauer’s ‘Into the Wild,’ it is a sympathetic examination of what happens when literary ideas of freedom and purity take hold of a young mind and fling his body out into the far reaches of the world.”
—The New York Times Magazine

“Which is precisely what makes the propulsive precision of Finnegan’s writing so surprising and revelatory… Finnegan’s treatment of surfing never feels like performance. Through the sheer intensity of his descriptive powers and the undeniable ways in which surfing has shaped his life, Barbarian Days is an utterly convincing study in the joy of treating seriously an unserious thing…As Finnegan demonstrates, surfing, like good writing, is an act of vigilant noticing. ”
—The New York Review of Books

“Finnegan is an excellent surfer; at some point he became an even better writer. That pairing makes Barbarian Days exceptional in the notoriously foamy genre of surf lit: a hefty, heavyweight tour de force, overbrimming with sublime lyrical passages that Finnegan drops as effortlessly as he executed his signature ‘drop-knee cutback’ in the breaks off Waikiki…Reading this guy on the subject of waves and water is like reading Hemingway on bullfighting; William Burroughs on controlled substances; Updike on adultery…Finnegan is a virtuoso wordsmith, but the juice propelling this memoir is wrung from the quest that shaped him…A piscine, picaresque coming-of-age story, seen through the gloss resin coat of a surfboard.”
—Sports Illustrated

Overflowing with vivid descriptions of waves caught and waves missed, of disappointments and ecstasies and gargantuan curling tubes that encircle riders like cathedrals of pure stained glass…These paragraphs, with their mix of personal remembrance and subcultural taxonomies, tend to be as elegant and pellucid as the breakers they immortalize…This memoir is one you can ride all the way to shore.”
—Entertainment Weekly

“[A] sweeping, glorious memoir…Oh, the rides, they are incandescent…I’d sooner press this book upon on a nonsurfer, in part because nothing I’ve read so accurately describes the feeling of being stoked or the despair of being held under. But also because while it is a book about ‘A Surfing Life’…it’s also about a writer’s life and, even more generally, a quester’s life, more carefully observed and precisely rendered than any I’ve read in a long time.”
—Los Angeles Times

“Gorgeously written and intensely felt…With Mr. Finnegan’s bravura memoir, the surfing bookshelf is dramatically enriched. It’s not only a volume for followers of the sport. Non-surfers, too, will be treated to a travelogue head-scratchingly rich in obscure, sharply observed destinations…Dare I say that we all need Mr. Finnegan…as a role model for a life fully, thrillingly, lived.”
—Wall Street Journal

“An evocative, profound and deeply moving memoir…The proof is in the sentences. Were I given unlimited space to review this book, I would simply reproduce it here, with a quotation mark at the beginning and another at the end. While surfers have a reputation for being inarticulate, there is actually a fair amount of overlap between what makes a good surfer and a good writer. A smooth style, an ability to stay close to the source of the energy, humility before the task, and, once you’re done, not claiming your ride. In other words, making something exceedingly difficult look easy. The gift for writing a clean line is rare, and the gift for riding one even rarer. Finnegan possesses both.”
—San Francisco Chronicle

“Finnegan writes so engagingly that you paddle alongside, eager for him to take you to the next wave…It is a wet and wild run. He makes surfing seem as foreign and simultaneously as intimate a sport as possible…Surfing is the backbone of the book, but Finnegan’s relationships to people, not waves, form its flesh…[A] deep blue story of one man’s lifelong enchantment.”
—Boston Globe

“Finnegan’s epic adventure, beautifully told, is much more than the story of a boy and his wave, even if surfing serves as the thumping heartbeat of his life.”
—Dallas Morning News

“That’s always Finnegan’s M.O.: examining the ways in which surfing intertwines with anthropology, economics, politics, and, of course, writing. Finnegan is a sober, straightforward author, but the level of detail, emotion, and insight he achieves is unparalleled…A must-read for all surfers — not just because of its unblinking prose and subtle wit, but because it’s the only book that properly details what it’s like to cultivate both an award-winning career and a dedicated surfing life.”
—Eastern Surf Magazine

“Finnegan describes, with shimmering detail, his adventures riding waves on five continents. Surfing has taken him places he’d never otherwise have thought to go, but it also buoyed him through a career reporting on the politics of intense scarcity, limitless cruelty, and unimaginable suffering. It’s a book about travel and growing up, and the power of a pastime when it becomes an obsession.”
—Men’s Journal

“With a compelling storyline and masterful prose, Finnegan’s beautiful memoir is sure to resonate.”
—The New York Observer

“Fearless and full of grace.”
—Outside Magazine

“A demonstration of gratitude and mastery. [Finnegan] uses these words to describe the wave, but they might as well apply to the book. In a sense, Barbarian Days functions as a 450-page thank you letter, masterfully crafted, to his parents, friends, wife, enemies, ex-girlfriends, townsfolk, daughter—everyone who tolerated and even encouraged his lifelong obsession. It’s a way to help them—and us—understand what drives him to keep paddling out half a century after first picking up a board.”
—NPR.org

“[A] lyrical, intellectual memoir. The author touches on love, on responsibility, on politics, individuality and morality, as well as on the lesser-known aspects of surfing: the toll it takes on the body, the weird lingo, the whacky community. Finnegan’s world is as dazzling and deep as any ocean. It’s a pleasure to paddle into and makes for a hell of a ride.”
—The Millions

“As it progresses the whole book turns into a portal…It’s tempting to say that Barbarian Days will bring readers as close as they’ll get to the surf, short of actual surfing. But I had a stronger reaction: The book brought me closer than I’d ever been, or expected to get, to the real, unfathomable ocean.”
—Bookforum

“A dream of a book by a masterful writer long immersed in surfing culture. Finnegan recaptures the waves lost and found, the euphoria, the danger…the allure.”
—BBC.com

“Panoramic and fascinating…The core of the book is a surfing chronicle, and Finnegan possesses impeccable short-board bona fides…A revealing and magisterial account of a beautiful addiction.”
—Publishers Weekly (starred review)

“Like that powerful, glassy wave, great books on surfing come few and far between. This summer, New Yorker writer Finnegan recalls his teenage years in the California and Hawaii of the 1960s—when surfing was an escape for loners and outcasts. A delightful storyteller, Finnegan takes readers on a journey from Hawaii to Australia, Fiji, and South Africa, where finding those waves is as challenging as riding them.”
—Publishers Weekly’s Best Summer Books of the Summer

“A fascinating look inside the mind of a man terminally in love with a magnificent obsession. A lyrical and intense memoir.”
—Kirkus

“An up-close and personal homage to the surfing lifestyle through the author’s journey as a lifelong surfer. Finnegan’s writing is polished and bold…[A] high-caliber memoir.”
—Library Journal